Home > About > News & Events > Changing of the Guard

On January 1st, 2013 Kim Black retired as president of Johnston Boiler Company and Dave Reinink was promoted to President. It is with mixed emotions we said goodbye to Kim. Kim proved to be a stabilizing force here at Johnston Boiler Company and he has been and will be missed greatly; however, we are very happy for him in his successful transition to retirement after many years of faithful service.

Dave Reinink has been a vital part of the Johnston Boiler crew for 18 years. Prior to assuming his role as President Dave was Johnston’s Controller. Dave’s leadership abilities and consistent management style allowed him to hit the ground running as the transition began. We are proud of Dave and we have enjoyed watching his advancement within the organization. We look forward to continued growth under Dave’s watch. 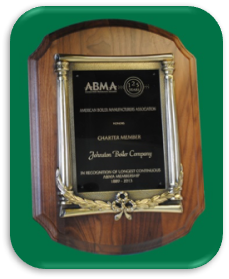 The American Boiler Manufacturers Association (ABMA) recognized Johnston Boiler Company as the premier boiler manufacturer at the ABMA annual meeting this past June. In a conference filled with industry piers Johnston Boiler Company was presented with a plaque and a hearty round of applause as we were acknowledge for the longest continuous member within the ABMA (1889-2013).

Johnston Boiler Company is an important part of manufacturing legacy not only here in Michigan but also in United States and globally. Through the years Johnston has position itself as the most reliable and longest lasting producer of large industrial boilers. Our products have influenced the entire industry driving our competition to adapt in order to maintain equal footing. Holding true to bed rock principles such as quality and customer service make Johnston Boiler Company the organization it is today. Great job guys!